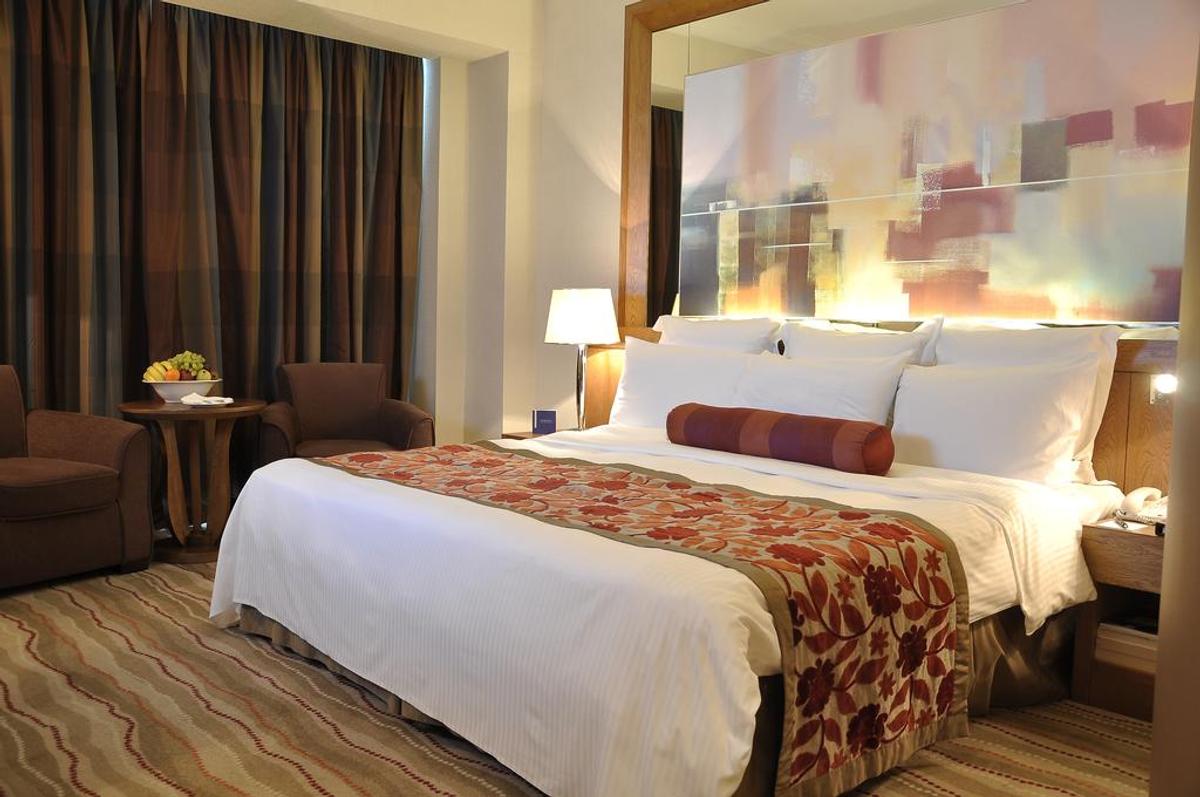 Block 338, Manama, Bahrain
Our hotel experiences are exclusively during the daytime
Sorry, the hotel has no more available offers
Find a similar hotel among our 7000 partner hotels
Find another hotel

Elevator
Description
The original five-star hotel of Bahrain, Gulf Hotel Bahrain Convention & Spa, offers resort facilities with a modern city location. When it opened in October 1969, the waters of the Arabian Gulf were literally just a stones throw away and over the ensuing years, the Hotel has undergone extensive change, modernization and refurbishment and yet throughout has remained the Island’s most consistent, successful and popular hotel.
With 361 rooms, it is Bahrain’s largest hotel and given the wide choice of facilities and services caters for both the business and leisure guests. Situated just 15 minutes from Bahrain International Airport and only 5 minutes from Central Manama, the Gulf Hotel is located in the heart of Adliya, Bahrain’s most fashionable area. Like its surroundings, the Hotel boasts a stylish and cosmopolitan atmosphere with a superb choice of award winning restaurants and lounges, highly regarded as amongst the best in Bahrain.